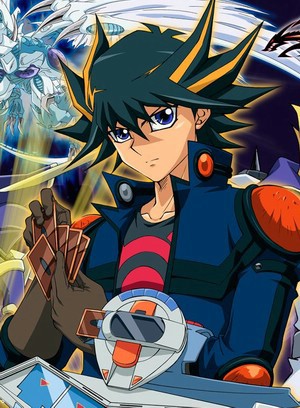 Plot Summary: Many years in the future after the exploits of Yugi Mutou, Domino City has become a shadow of its former self: Neo Domino City. There lies a strong divide between the rich and the poor, and bridging that gap proves to be difficult. Neo Domino seems fit to entertain itself with a wild new event called “Riding Duels”, the newest form of playing the ever popular Duel Monsters card game. Enter Yusei Fudou, a young man who lives on the edge of the law, making his own rules. His desire to reclaim what is rightly his from an old friend turns into much more than what he and many of his newfound companions called “Signers” would have ever bargained for.