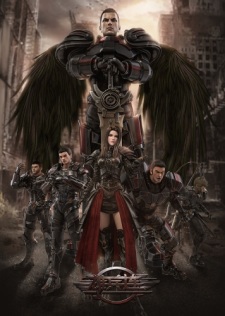 Plot Summary: Sun Goddess of the Solari, Leona came to Earth in 2014. The genetics of God hidden on Earth has started to awaken. The first few awakenings include the Power of the Galaxy and God of War. An invasion by the alien Tao Tie, just to entertain Death God Karthus, are on the way to Earth. The Angels, the Devils and God seminary groups that have been monitoring the genetics of God on Earth make their moves. The God Seminary assembled the scattered warriors across Earth who carry the genetics of God to form the Black Troops. Radiant Dawn, Leona, lead the team and train them combat techniques to fight against the invasion. Morgana, the Fallen Angel came to Earth to sow the seed of darkness and plot to destroy the Holy Kayle. Angel Yan was send to Earth, informing the invasion of Styx galaxy by Tao Tie. Earth has just become the battlefield for the war of different civilizations. As the disasters continue, the Black Troops will realize they are fighting more than what they are asked for.