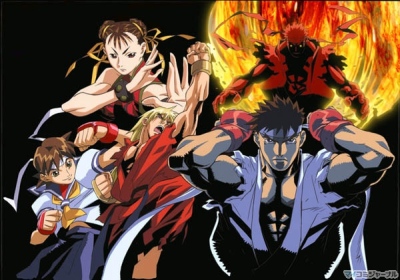 Plot Summary: A black cloud hangs over Ken and Ryuu's reunion. Brought together by the mysterious death of their master, the two warriors must overcome a challenge unlike any they've faced before.Increasingly disturbed by the dark energies building within him, Ryuu is unexpectedly confronted with the appearance of Shun - a boy claiming to be the long-lost brother he never knew. Soon, signs of their common lineage are revealed as Shun enters a martial arts competition and manifests the same fearsome Dark Hadou. But before Ryuu has the chance to consider whether Shun's timely appearance might be more than coincidental, agents of the insidious Shadowlaw organization kidnap the boy.To recover the child, Ryuu must undertake the ultimate journey of self-discovery and learn to control the power threatening to consume him. But with this confidence waning, will he have what it takes to confront Akuma - the vicious lord of the Dark Hadou himself?Find out as allies old and new join forces against a sinister new threat in the pulse-pounding sequel to the phenomenally popular Street Fighter II series.

Other name: ストリートファイターZERO THE ANIMATION